Mondays usually are a drag, but the one thing that always kept me going was knowing that The Voice came on at 8 p.m. For me, I always found comfort in watching talented people go on stage and compete against each other using only their voices. It was and still is something that I will never be able to do. I would like to say I’ve been a fan since the very beginning when the first season premiered, but that’s not the case. I believe I really started to get into it during season 4 when country artist Danielle Bradbery took home the winning title. Ever since then, I followed the show, patiently waiting and curiously watching to see which artists will rise to the occasion and be crowned The Voice. 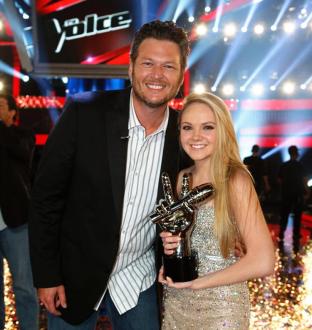 In my opinion, The Voice is by far the best singing competition show out there. Other shows like American Idol or America’s Got Talent do not even compare. Yes, Kelly Clarkson won the first season of American Idol and has been extremely successful ever since, but look where she is now. Alongside her career, you can find her sitting side by side in big red chairs with Adam Levine, Blake Shelton, and Alicia Keys on the current season, season 14, of The Voice.

What I enjoy most about The Voice are the blind auditions. Each season, singers go up on stage and sing their hearts out with the coaches’ backs towards them. The coaches will then turn their chair if they believe that that singer has what it takes to be on the show based solely on what they hear. This is better than other singing competitions where the judges/coaches are already facing the contestant, therefore developing a preconceived notion about them prior to hearing their voice. Singing shows should be about how a person SINGS not how they LOOK. 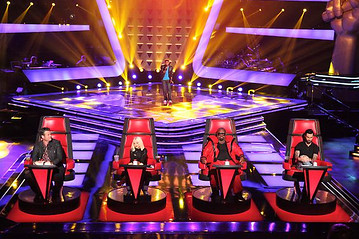 I used to put in the effort and watch the show at 8 p.m. every Monday and Tuesday when it was on. However, I have resorted to watching the blind auditions on Youtube. Luckily for me, Youtube hasn’t cut off the bantering between the coaches, which is one of my favorite parts.

All the coaches have friendly banter, but coaches Adam Levine and Blake Shelton do it the best. These two have been on every season of the show since it first started, developing a friendship or ‘bromance” as most fans like to call it. Even though they are constantly fighting, everyone knows that deep down they love each other very much and will always offer the best advice for each other when needed. I think if they ever were less successful in the music industry, they could develop a talk show host together. I personally will be thrilled to see that come to life.

Although I am a Maroon 5 fan at heart, Adam Levine is not my favorite coach on the show. Granted, he’s a close second, but Alicia Keys is the sole star in my eyes. After only two seasons on The Voice (seasons 11 and 12), she already has a win under her belt (season 12). Alicia makes winning seem easy, which is not an easy thing to do. Artists now gravitate towards her because of her incredible skills and her quickly earned credibility on the show. I know if I was auditioning for the show, I would turn for Alicia if I had the chance. She presents a humble, yet vivacious energy about music and the music industry, so I know she would get me to where I would want to be. Also a quick side note, “If I Ain’t Got You” is one of my favorite songs; therefore, I will fully admit I’m biased.

Whether you are a fan of an old coach or a new one, each one grapples with an insane amount of talent on their team. Each coach starts off with 12 contestants on their team, therefore there are 48 contestants in total. Tough decisions are made, and teams get smaller and smaller throughout each round of the competition. There is a great amount of strategy involved between the coaches and each season the show creates new rules to make the show more exciting. This season, there was the implantation of a “block,” where each coach had one chance to block another coach during the blind auditions. For example, coach Kelly Clarkson blocked coach Alicia Keys from getting an artist who was singing “If I Ain’t Got You”, Alicia’s song. This was an extremely smart move, and, as a result, that contestant’s hopes and dreams were crushed because she couldn’t pick Alicia Keys.

The coaches do an amazing job of picking songs for the contestants on their teams. Another reason I am such a fan of the show is that I have learned so much about different songs and music genres. I wouldn’t know some of the music that I know now without The Voice. For example, one of my favorite performances on the show was by James Wolpert. Wolpert, a season five contestant on Team Adam Levine, sang “A Case of You.” His performance truly moved me, and not having heard the song before, the lyrics really resonated with me. Since this performance, I have had both Wolpert’s version and the original song saved on my Spotify playlist. 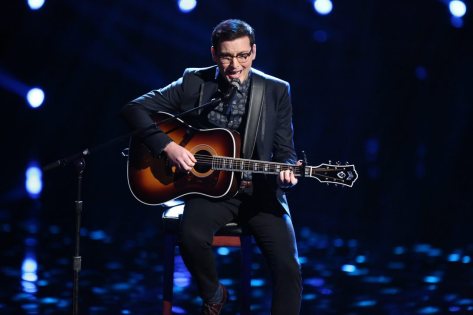 In the end, there can only be one winner, and one person deemed The Voice. This person will have made it through the blind auditions, the battle rounds, the knockouts, and all of the rounds of the live shows. The competitions are fierce, but with the right songs and the right guidance, there is always one artist who ends up on top. My favorite winners in the past have been Chris Blue on season 13 from Team Alicia Keys and Alison Porter on season 10 from Team Christina Aguilera. Their voices and performances resonated with me the most.

A majority of the time, The Voice reminds me of my inability to sing, but it also explains my lingering desire to learn how. I know unless my vocal cords get fine-tuned anytime soon, I believe I will remain an outsider to the singing community. However, I believe there’s a singer in all of us that is just waiting to come out. The Voice reminds me of that, while also reassuring me that you don’t have to have a voice like Christina Aguilera in order to be successful in the music industry. (Even though I’m sure it would help.)