I am a comedy nerd. By “I am” I mean “I call myself,” because literally no one else has ever called me that in the history of time outside of my own internal monologue, but still.

Maybe my favorite way to get my laughs is by listening to comedy podcasts. However, absolutely every white man between the ages of 22 and 36 has a podcast, and also finds himself hilarious, so it can be hard to know where to start.

As someone who has listened to what seems like infinite self-indulgent LA-based improv comedians speaking into a microphone: I am here to save you from that fate. 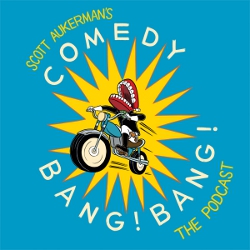 I discovered podcasts in much the same way as literally millions of others: by finishing the first (and I choose to believe only) season of Serial and desperately seeking recommendations. There are hundreds of thousands of podcasts in the world, but I just googled “best podcast episodes” and figured that would cover it. That delivered me to a Slate article, which sang the praises of the Time Bobby episode of Comedy Bang! Bang!

Hosted by Scott Aukerman, the writer behind wild comedy successes like Mr. Show and Between Two Ferns, Comedy Bang! Bang! has based itself upon the same structure for over 500 episodes: an interview for the first segment, followed by an hour plus of the most insane improv you’ve ever heard in your life. It’s the first comedy podcast I ever heard, and it’s still my favorite.

Hayes Davenport and Sean Clements are LA-based comedy writers who have a podcast about how to be super famous. They are completely unqualified to give advice on fame, but they are VERY qualified to do hilarious improv on a weekly basis. The best way to get into this one is through the boys’ guest appearance on Comedy Bang! Bang!

Where to start: Hayes and Sean’s CBB the Movie 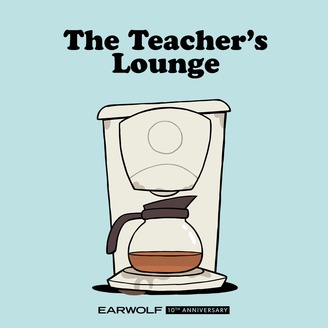 This show is so hilarious that I’m recommending it to you even though it’s…behind the paywall. (Dun dun dun!) The first season is available for free, but the rest is exclusively on Stitcher Premium. You will be immediately addicted to this and have to sign up for a free trial immediately. It’s the cruelest thing I’ve ever done. (Use promo code HDTGM.)

The improv group Big Grande plays a group of teachers at Hamilton High School. 90 percent of this podcast is comedians goading each other into progressively more ridiculously situations. I have never not cried laughing while listening to this.

Where to start: At the beginning! They’re Pine, Nuts

How Did This Get Made?

There are a lot of catastrophically bad movies in this world. Paul Scheer (The League, Fresh Off the Boat), June Diane Raphael (Grace and Frankie), and Jason Mantzoukas (The Dictator, The House) valiantly watch them and try to answer the titular question.

This show is always fun, but it’s on a whole new level if you watch the movie they’re discussing. Also, there’s probably no show with a group of hosts that works better together than this one. They all bring something to the table! Wow.

Number of episodes: 184 (plus minisodes)

Where to start: With any of the movies you’ve seen, or Con Air

Not technically a comedy podcast, but a more lighthearted but still expert take on politics.

Start with: The most recent episode

This can vary in how funny the episodes are, but there’s something nice about listening to the wildly earnest conversations these guys have about chain restaurants.

Start with: Nugget Power Hour (and every episode with Nicole Byer and/or Jon Gabrus)

The elevator pitch of this podcast is that Nicole Byer (who is hilarious) talks to people she’s hooked up with, but who wouldn’t date her. She quickly runs out of hookups to interview, but the show is best when she’s talking to them.

Start with: Mid-Squat, Pants Down, & Unashamed