After years of being assigned books to read for school, have you ever wondered why the same authors find their way onto every English teacher’s syllabus? I can still remember most of the books I was assigned in high school, throughout my years of Honors and AP English classes. As a freshman, I can recall reading Of Mice and Men by John Steinbeck and Great Expectations by Charles Dickens. My sophomore English syllabus emphasized Shakespeare, Hemingway, and Victor Hugo. Junior year was my AP Language course, which consisted primarily of analyzing speeches from great men of times past, such as John F. Kennedy and Abraham Lincoln. 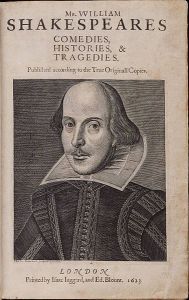 All of the works I have mentioned so far were authored by white men. I can only remember women and/or non-white authors being a significant part of my class curriculum during my senior year. That year, we were treated to an entire unit on Toni Morrison. Song of Solomon by Morrison was even our summer reading assignment. Later in the fall, we were tasked with writing a research paper on Morrison and her writing. But, it’s tragic that Morrison is one of the only black writers I can remember being taught in high-school. Why should a school English curriculum only emphasize one type of author? White, male, straight, cisgender — why is that considered the story worth reading?

When somebody mentions the literary canon, they are referring to the set of authors or works seen as the epitome of greatness. The books you are exposed to in middle and high school typically belong to this canon. That canon overwhelmingly features authors from those categories I already mentioned. This is how we all end up reading and reminiscing over the same “sacred” works. That isn’t to say, though, that there isn’t value in reading Shakespeare. I love Shakespeare. It’s just that we need to make an effort to allow other voices to be heard too.

Race, gender and sexuality are three areas where this diversity is most lacking. As already mentioned, most famed authors are white, straight, cisgender men. Writers who don’t fall into those categories rarely garner that same recognition, yet representation in literature and the arts is incredibly important for marginalized groups. It is important then that as consumers of media we make room for those marginalized voices.

Undergraduate Students for Publishing, a student organization at Emerson, recently hosted a speaker series titled Decolonize the Canon. As its name suggests, speakers at the event spoke about challenging the lack of diversity in the accepted literary and art canons — not only in regards to what artists receive recognition, but as well as what stories they are allowed to tell. Different ideas were discussed, including the importance of challenging what is perceived to be art and the importance of representation in literature.

Knowing that the accepted canon typically only features certain authors of certain backgrounds, it is necessary to challenge that canon. Engage with the works of authors of diverse backgrounds and experiences and encourage a more inclusive literary canon. As readers, that’s the least we can do.