President Barack Obama’s election into office on November 4, 2008 was a momentous occasion. For the first time in American history, the United States had a president of color. Since then, Obama has signed the Affordable Health Care Act in 2010, repealed “Don’t Ask, Don’t Tell,” ended the war in Iraq and restarted war when ISIS surfaced. First Lady Michelle Obama also made great gains during this time, becoming the face of healthy living, an advocate for higher education opportunities and a role model to young women around the country.

As 2016 and 2017 fast approaches, citizens are becoming increasingly involved in the debate of who will replace Obama when he finishes his second term in 2017. There’s been huge controversy over Obama’s  policymaking, leaving citizens eager for a new president who will fix the economy, get the country out of the Middle East and pass bills that will bring the US back on top. Though the 2016 presidential election is still a while away, candidates for nomination have already started campaigning. For anyone who wants to stay on top of US politics and make an informed electoral decision, here are some of the running candidates and their stances so far. 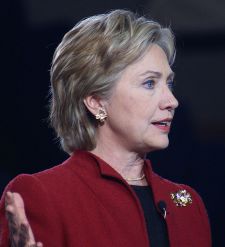 Probably the most well-known Democratic candidate is Hillary Clinton. A former First Lady and Secretary of State, Clinton would bring years of experience to the Oval Office. She’s returning after an attempt for presidency in 2007 with the goal of improving the economy and income inequalities present in the middle class. She appeals to women through her experience as a mother and grandmother. Some issues she plans to address include minimum wage, family and medical leave, education and child care. Despite her liberal stance, after her email scandal, many are hesitant about the quality of her character. 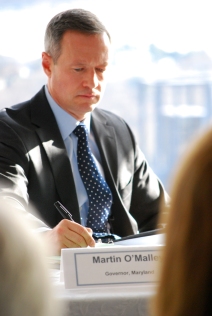 O’Malley is the former governor of Maryland. His stance is similar to Hillary’s in that he aims to help the middle class. He wants to improve education, raise minimum wage and create a plan for a future of renewable energy. However, whereas Hillary’s past experiences in politics have given her a distinct advantage, O’Malley is playing up that he’s a fresh face in the game. He’s relatively young (52) and relatively good looking. By interacting directly with citizens via guitar performances in bars and selfies on college campuses, O’Malley hopes to connect with the younger generation of voters. 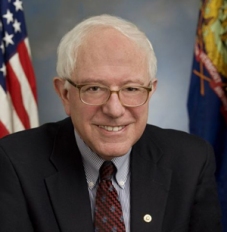 Sanders is Hillary’s most direct competitor within the Democratic candidate pool. He is the Senator for Vermont and, like Hillary, has years of experience to pull from. For his campaign, Sanders is advocating a shift in politics to the far left. He intends to be more aggressive in regards to issues of minimum wage, college debt and other economic inequalities. The government’s involvement in these would be much higher. For a large population of students drowning in college debt, Sanders nurtures a passion for change.

So far, there are 17 Republicans running for the Republican presidency nomination. With such a large number, it may be difficult to become a distinct candidate. Several candidates, however, seem to be having no problem. Among them are Jeb Bush and Donald Trump. 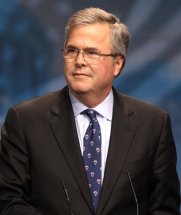 This previous Florida governor, brother of former President George W. Bush, and son of former President George H. W. Bush, is not taking no for an answer. He’s running to win. While his lineage has both helped and hindered him—some are fond of his family, others are not—Jeb continues to stand for America’s conservatives. His goal is to reach four percent growth in the economy and an increase of 19 million jobs. The government will have a limited presence, with less influence in the standards of education; this should be decided upon by the school. When speaking of Obama and America’s presence in the Middle East, Jeb claims that Obama and his foreign-policy team have been so focused on becoming “history makers that they have failed to be the peacemakers.”[1] 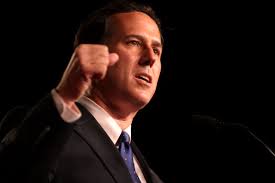 Somewhere in the middle of all the Republican candidates is Santorum. The former US Senator of Pennsylvania says he is on the working class’s side. He wants to be a candidate focused on and caring about the working-class, not just big corporations. His economic plan has been dubbed the “blue-collar conservatism.” Through this, Santorum sees regulatory and entitlement reforms coming into play. As for other issues, Santorum opposes abortion and is against same-sex marriage.

Of all the potential nominees for the 2016 presidential election, Donald Trump has to be the most talked about. He’s certainly the wild card. As a real estate billionaire, Trump has no formal experience in politics. This hasn’t slowed him down. Instead, his self-funded campaign has splashed his name all over the news and made him the topic of conversation at every dinner table. His promise: “To make America great again.” Whether he has any plans to back up his claims and actually produce positive results is up in the air. Any possibility of selected nomination and then election is also unknown.

The candidates above are only some of the many runners for the 2016 presidential nomination. Each one has a specific stance on where they want the country to go, either far left or far right or somewhere in the middle. Still, this is only the beginning. As heat for the election turns up, sides will be chosen and it’ll be a battle ‘til the end. The three candidates who will probably become the faces of this battle are Clinton, Bush and wild card Trump. The most important thing for any voter though, is to make an informed decision. We should choose a candidate we believe is the best choice as president, not because of appearance or what someone else says, but based on research and critical thought.