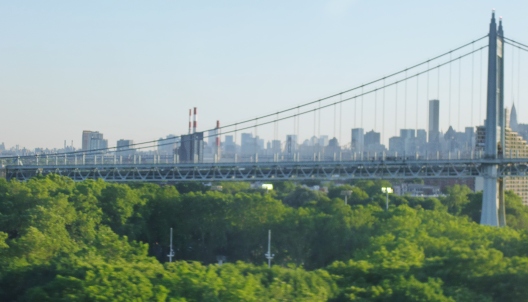 In my head, the process towards adulthood is basically a big checklist. There are certain milestones that you have to hit and only after you check them off your little list can you officially become a “capital-A” adult.

I know that this isn’t how it really works. But it’s always felt that way, like life is a video game and there are certain achievements you have to unlock before you can level up. If you miss a step, you have to go back and re-do it or else you won’t be able to go any further in the game.

One of the steps that I missed was getting my driver’s license. I know that not everybody can drive (or even needs to) but when you grow up in the suburbs, taking your driver’s test is a rite of passage. I started driver’s ed when I was 16, like most people do, but for a variety of reasons I never finished it. Luckily, not being able to drive wasn’t a huge problem in high school and I had always planned on going to college in the big city, where I wouldn’t need a car anyway. Plus, I figured that plenty of people get through life without having a driver’s license. What was the rush?

Now that I’m 20-years-old, though, it’s getting to be a hassle to have to call home for rides whenever I go anywhere in the summer. Having a license would also make my life easier and open up more opportunities. As much as I hate to admit it, the T doesn’t go everywhere. Thus, I decided that driving school would be one of my big projects for the summer and I started taking classes the weekend after the semester ended.

In Massachusetts, the driver’s ed curriculum involves sitting in a classroom for 30 hours, watching someone else drive a car for six hours and then driving with an instructor for 12. These requirements are only mandatory for the under-18 crowd, who have to do it to get their licenses early. But completing the whole program gets you a pretty significant discount on your insurance and the package deal worked out to be cheaper than booking lessons individually so off to the classroom I went.

There were 14 people in my class and only one person besides me was over 18. The rest were 16-year-olds, who looked exactly as thrilled to be there as I felt. To make things even more interesting, two days prior to the start of classes, I had crossed another big-ticket item off of my road-to-adulthood checklist: getting my wisdom teeth extracted. Though I wasn’t in a lot of pain, my cheeks were still pretty swollen, so much so that I couldn’t really smile or eat.

But there I was: in a classroom with a bunch of unwilling 16-year-olds on a Saturday, still recovering from a minor surgical procedure. What could possibly go wrong?

Of course, I had forgotten by then that the classroom portion of driving school is basically just 30 hours of being told all the different ways you can die behind the wheel of a car. Either that or you spend two hours straight talking about how to park on a hill. There is no middle ground and the mood-whiplash can be startling: “And that, children, is what the different colored street lights mean. Now, let’s look at this picture of a dead guy who was driving drunk without wearing his seat belt.”

The latter is, I think, an attempt to scare the 16-year-olds out of doing stupid things behind the wheel. I’ll admit that this is an important conversation to have and that it’s hard to talk about these things with teenagers (or anyone, really) without coming off holier-than-thou or sounding like the lame babysitter who won’t let them eat candy for dinner or jump on the bed.

The solution to this, apparently, is the scare-them-straight route. The message is not: “You should wear your seat belt, because it will keep you from getting thrown from the car in the event of a collision.” Instead, it becomes: “Here is a picture of Little Sally’s mutilated corpse. Little Sally did not wear her seat belt and that is why her corpse is so mutilated. If you do not wear your seat belt, you will end up like Little Sally.” There is even extra-special footage of real, fatal accident scenes, which is especially fun if, like me, you have a severe, crippling fear of dead bodies.

I always wonder what the purposes of these videos are. Actually, I do understand the emphasis on texting and driving, because texting seems pretty harmless. After all, if you can walk and text, you can drive and text, right? (Plot twist: you can’t do either and I say this as a serial texter-and-walker. You really can’t do both without, at best, acting like a huge asshole.)

Then again, I think about how many people my age smoke cigarettes, despite the massive campaign lobbed at us since our Sesame Street days telling us that even looking at cigarettes the wrong way is going to give you cancer and kill you. I think about the fact that my orthodontist literally sat down and told me, “Now that your braces are off, you have to wear your retainer every day, or else your teeth will be pushed back to the way that they were before.” And I thought, “Yeah, right. I don’t want to wear my retainer,” which why I have crooked teeth now. I think of all the times my friends and I have stayed up late doing a project that we knew about for weeks, because we deliberately chose to put it off until the very last minute.

This FIGHT THE POWER impulse is something that I think we develop as 13 or 14-year-olds. After hearing the word “no” so many times during your adolescence, you just get so frustrated that you say, “Watch me!” and do what you want to anyway, even if it’s a stupid idea. You cut off your nose to spite your face, as the old saying goes. Moreover, I don’t think it’s something you ever really grow out of, either. As college students, we like to pretend that we’re so much older and smarter than our high school selves. Sometimes, we are. But that doesn’t mean that we’re above any of the petty drama or any less prone to procrastinating.

One of the things that kept getting emphasized at driving school was that driving, for the 16-year-olds, was going to be their first real, proper adult responsibility. Obviously, this is not wholly true for me as a 20-year-old, seeing as I’ve crossed getting into college, living away from my parents and safely taking the T home at questionably late hours off my list, among other responsibilities. But having a driver’s license is still a big deal. After all, it does literally give you the power of life and death.

A popular refrain I’ve heard (usually in terms of making big life decisions) is that if you wait until you’re ready, you’ll never be ready. If you wait until you feel mature to start to act mature, then you’ll never actually get there.  That’s why we have to pretend to be adults for so long, or at least, that’s what I’ve been doing for the past few years. You just have to go with it until you start figuring out some of the rules. Getting your driver’s license doesn’t automatically make you more mature than you were the half hour before you took the driving test, but it can definitely help you pretend to be, at least until you eventually figure it out.

One particularly memorable driving school class (it involved many detailed, gruesome accounts of car crashes) ended with the question, “So, are you ready for this?” Obviously we all said “yes” because we wanted to get the class over with. And I do think that I’m ready, in spite of the repeated warnings that there are about a million different ways that I can die driving, half of which don’t even have to be because I did anything wrong. I know that yellow lights don’t mean “slow down,” or “speed up to beat the red light,” but “stop if safe to do so.” I know that the speed limit in a school zone is 20 miles per hour. I know not to flip any other drivers off in case they shoot me in the chest with a crossbow. (The road rage class, ladies and gentlemen!) But I’m not actually going to know whether or not I can drive alone on a highway until I do it on my own.

Buckle your seat belts, kids. It’s going to be one hell of a ride.